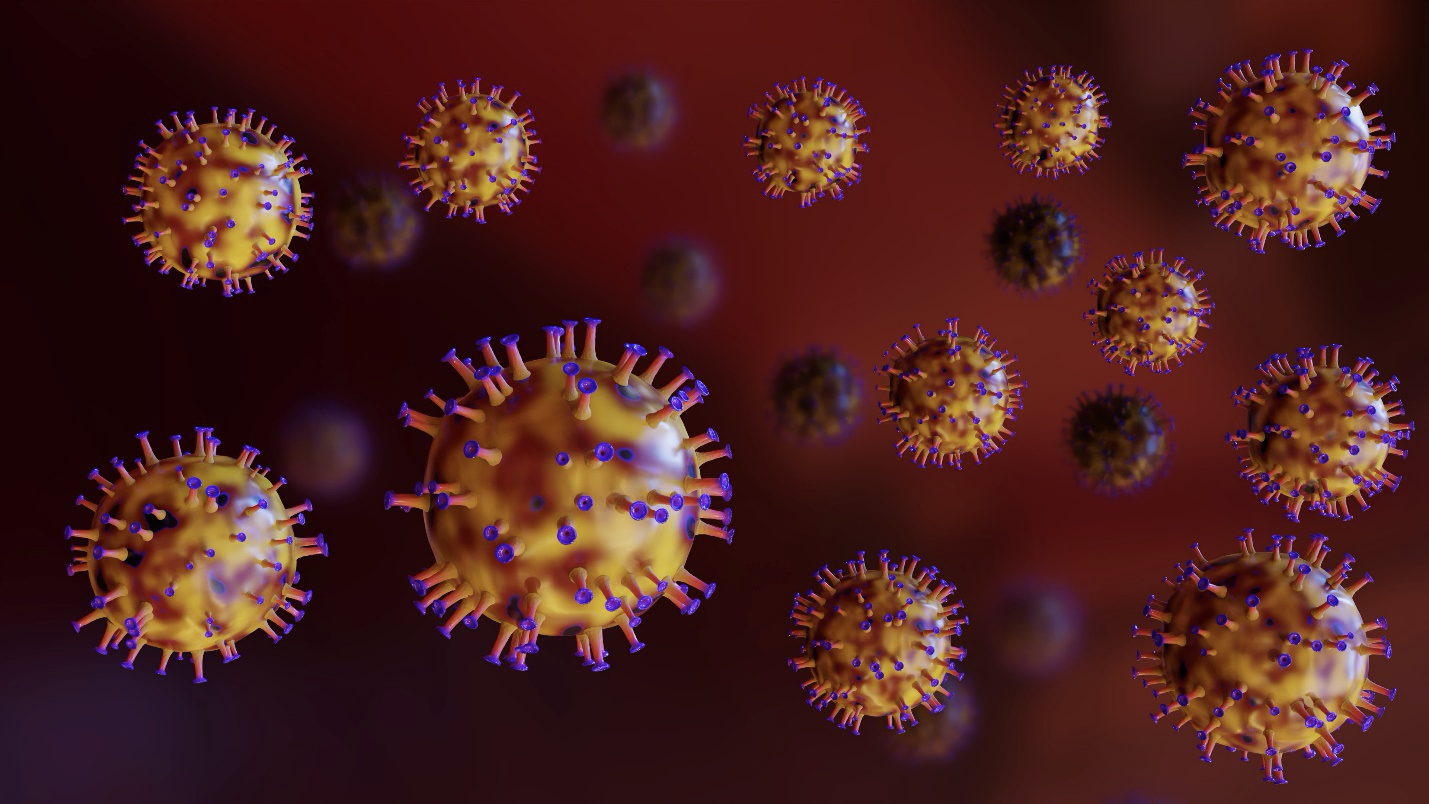 We know viruses can harm us. But many people don’t understand the full ramifications of these microscopic disease culprits.

In this article you’ll discover what you should know about viruses and the harm they cause, how they differ from bacteria, and how to prevent and defeat them.

How Viruses Differ From Bacteria

Both viruses and bacteria are so tiny they can only be seen under a microscope. Both trigger some type of immune system response. But that’s where the similarity ends.

Let’s first consider bacteria. These single-celled living organisms thrive under a wide range of temperatures, meaning they can be found almost everywhere. Bacteria contain DNA, which they use to reproduce.

Fortunately, bacteria aren’t always harmful. They can even benefit your health. In fact, most bacteria don’t damage your health at all. Your skin and GI tract are crawling with bacteria. Researchers call the community of bacteria in your gut the microbiome. Microbial bacteria on your skin help clear out debris and dead skin cells. In your gut, bacteria help you with food digestion and immunity.

Antibiotics are often prescribed to treat bacterial infections. These medications kill bacteria by disrupting their reproduction and spread.

Viruses are even smaller than bacteria. For example, the polio virus is 10,000 times smaller than a grain of salt.  It wasn’t until the electron microscope was invented in 1931 that a virus could even be seen.

Viruses are not even considered to be living organisms. These infectious agents consist merely of a protein shell and, depending on the virus type, a strand of RNA or DNA.

Viruses cannot reproduce on their own the way bacteria do. Instead, viruses are like parasites. They require a host cell to multiply. This host could be a person or an animal.

Here’s another difference. Bacteria can be either detrimental or beneficial to your health, but in general, viruses only cause illness.

Viral infections often lead to symptoms that affect the entire body, such as aches, pains, fever, and fatigue.

Unlike bacterial infections, antibiotics do not work with viruses. Instead, you need to  rely on a robust immune system. With time, the immune system develops antibodies in order to recognize the virus and stop it from attacking healthy cells. That’s why it’s so important to practice good habits consistently to help support your immune health.

How Viruses Work in the Body

Viruses are not really alive. So like a bad science fiction movie, they need a host to fulfill their lifecycle.

Open wounds and respiratory passages act as gateways for viruses to enter the body. At times, insects can be the mode of entry. Dengue fever and yellow fever are viral illnesses transmitted by mosquito bites.

When a virus enters the body, it infects healthy cells. It can take over the cell’s own machinery and force it to start reproducing the virus. The virus destroys the once-healthy cell when it has completed its task.

Viruses are considered “masters of disguise.” This means their protein coat can be mistakenly assumed to be healthy by your body. So healthy cells become fooled into attaching to viruses, allowing the virus access to the cell.

Once the virus gains entry, it releases its own genetic information, and hijacks the cell’s own method of reproduction. The virus utilizes the host cell’s membrane to travel throughout the body, avoiding immune system detection. This is a key reason why it is so hard to treat viral illnesses: they’re difficult for our immune systems to recognize and target.

However, when the body does eventually recognize the difference between the virus and healthy cells, the immune system begins the process of creating antibodies. These are microscopic proteins that mark the virus as foreign. Then these antibodies prompt immune responses such as white blood cells coming to the area to destroy the viral particles and injured cells.

Viruses and Innate and Adaptive Immunity 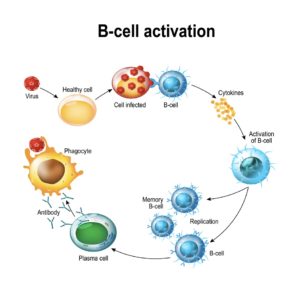 Your innate immune response represents the first line of defense against invading pathogens, including viruses and bacteria.

Innate immunity includes mechanical barriers such as the skin or mucus membranes, and a variety of cells and molecules comprising the rapid response team. While the immune system does defend us from many pathogens, the inflammation that arises as part of the immune response can damage our own tissues and impair organ function when pathogens stimulate a strong response. Autoimmune diseases are created this way.

The good news is that innate immunity can help defend us from an array of pathogens, including the coronavirus causing COVID-19.

However, while the innate immune response can prevent or control some infections, it has limitations. The adaptive immune response, which includes both B and T lymphocyte cell based immunity, reacts more specifically and powerfully in response to invading pathogens.

B cells produce antibodies to help defend against microbial invasion. Antibody responses are the primary way vaccines protect us from viral infection. The absence of protective antibodies can lead to the rapid spread of new viruses in populations who are unexposed and unvaccinated.

T cells make up the second part of the adaptive immune response. Unlike B cells, receptors on T cells can only recognize fragments of protein found on specific cell surface molecules. There are different types of T cells, including T cells that kill infected cells and helper T cells that accelerate activation of other immune cells. While innate immunity and B cell responses work against a wide variety of pathogens, T cells respond very specifically to certain pathogens, including viruses such as COVID-19.

You’ve likely been hearing a lot lately about vaccination, which can prevent some viruses. Vaccines assist your body in creating antibodies before you’ve even been exposed to the virus. This way, your body is prepared to defend against the specific virus if you do become exposed to it.

Vaccination is also one way to achieve herd immunity.

Herd immunity (also called community immunity) takes place when a large percentage of a community becomes immune to a disease, either through vaccination or prior illness. This makes disease spread less likely. Even newborns or people who are immune-compromised benefit from herd immunity, as they achieve some level of protection from the reduced spread throughout the community.

Vaccines have prevented many deadly or dangerous illnesses. In the U.S., smallpox and polio have both been eradicated because of vaccination. However, certain groups of people cannot be vaccinated and are vulnerable to diseases. These include babies, pregnant women, and those who are immunocompromised, such as people on chemotherapy or individuals who have had organ transplants.

You may wonder why there are still outbreaks of vaccine-preventable diseases.

There are several reasons why people are left unprotected. Some vaccine protection fades after a period of time. And some people don’t receive the recommended vaccines due to certain personal beliefs or inaction.

The Most Common Viruses

This may sound surprising, but hepatitis B is the most common infectious disease in the world today. About 2 billion people are infected with the hepatitis B virus.

Influenza epidemics of the 20th century caused millions of deaths worldwide. Today, influenza remains a serious disease, since about 20,000 people die of the flu in the U.S. each year. The influenza virus attacks the human respiratory tract, leading to symptoms such as fever, fatigue, headaches, sore throat, coughing, body aches, and nasal congestion.

Every year, there are millions of cases of the common cold, which has been the typical reason children miss school and adults miss work. The most common viral culprit for the common cold is rhinovirus. But other viruses can also cause colds, including human coronaviruses, respiratory syncytial virus, adenovirus, and others.

There are four main types of coronaviruses, one of which is SARS-CoV-2, the novel virus that causes COVID-19. Human coronaviruses were first identified in the 1960’s.

Other common or well-known viruses include: 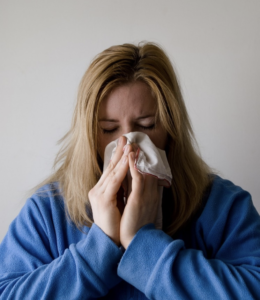 Some antiviral drugs do exist. They were first developed in response to the AIDS pandemic. Antivirals can help treat infections such as herpes simplex, hepatitis, influenza, chicken pox, and shingles. The drug remdesivir is currently being investigated as a treatment for COVID-19.

It’s important to take pro-active steps to reduce your risk of getting viruses such as colds, flus, and coronaviruses:

Note: This article does not constitute medical advice. Consult with a health professional before taking any action.

Sources for this Article Include:

Harvard Medical School. How the Body Reacts to Viruses. https://onlinelearning.hms.harvard.edu/hmx/immunity/

Ask the scientists. Answers to common questions about how viruses work. https://askthescientists.com/common-virus-questions/

Mayo Clinic. Bacteria vs viral infections: how do they differ?
https://www.mayoclinic.org/diseases-conditions/infectious-diseases/expert-answers/infectious-disease/faq-20058098#:~:text=Viruses%20are%20even%20smaller%20than,it%20to%20produce%20the%20virus.

Live Science. What are viruses? https://www.livescience.com/53272-what-is-a-virus.html

CDC. Common Colds: Protect Yourself and Others https://www.cdc.gov/features/rhinoviruses/index.html